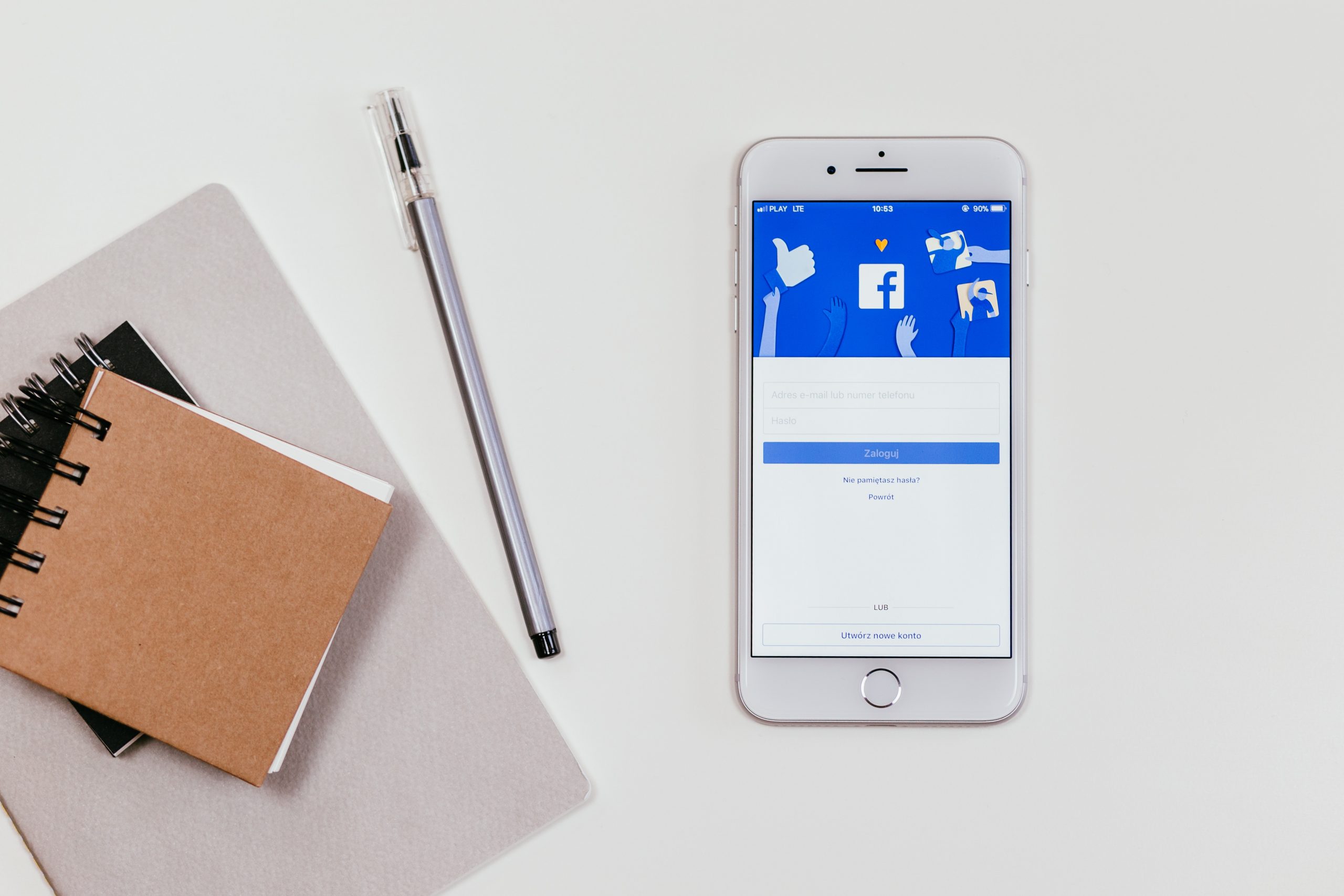 In June 2020, Apple unveiled a plan for its upcoming iOS 14 update that includes new privacy features that have online advertisers on edge. Soon, users will need to opt-in to allow apps to collect and share the data associated with that Apple device. While that may seem like a positive step towards privacy for users for a cookieless future, the tradeoff spells potential short-term difficulties for advertisers on the Facebook Ads platform.

Facebook responded with a series of full page newspaper ads attacking the new features, claiming that the new privacy policies would be “devastating to small businesses.” Apple hit back, accusing Facebook of a “disregard for user privacy.” The public spat between companies is likely to continue in the future. But what does this all mean for advertisers?

This article will hopefully shed some light on the various changes coming to the Facebook Ads platform. Many features and settings are still subject to change, but we’ll make steps towards demystifying the new policies, what they mean, and what changes we recommend you make for your Facebook Ads campaigns in the future in order to mitigate the biggest issues and capitalize on new opportunities.

Back in December 2020, Apple debuted the privacy “nutrition label” for programs downloaded from the iOS App Store or Mac App Store. Similarly to the information listed on food and drink packaging, the nutrition label lists the types of information that the app collects, such as the user’s contact info, location, purchases, browsing history, and more.

[Include a photo of a typical nutrition label]

As of 2021, apps on iOS 14 devices will be subject to the AppTrackingTransparency Framework (ATT). Users on these devices will see a new message, called the ATT Prompt, when they launch a new app, asking them if they would like to allow that app to use their personal data. Without accepting this opt-in, apps will be prohibited from certain data collection and sharing settings that were commonplace in years past. Similar to the GDPR requirements for websites that require users to accept cookies before they can be implemented, apps will soon need to do the same.

[Include a photo of a typical opt-in prompt]

In response, Apple has announced plans to introduce a new protocol for web attribution and measurement called Private Click Measurement (PCM). This new protocol restricts the kinds of data that can be shared across platforms, which means that advertisers will have more difficulty tracking and targeting users across different domains or devices.

According to Statista.com, 79.9% of Facebook users only use the application on their mobile devices. It is assumed that most users, when given the choice, will not allow data tracking on their own devices. This means that a high percentage of Facebook users could soon potentially be removed from Facebook’s user data pool, which is incorporated into various advertising features on the Facebook Ads platform.

The Facebook Audience Network, similar to the Google Display Network, is an option for advertisers to place their ads on third party apps and websites to target users who are not browsing Facebook or Instagram. Facebook released a statement saying, “We expect these changes will disproportionately affect Audience Network given its heavy dependence on app advertising.”

What this means for advertisers is that the user data that helps optimize the targeting for users on the Audience Network may soon be negatively affected and, with it, conversion rates of their marketing efforts.

It should be noted that the Facebook Audience Network only adds about 16% additional potential reach for advertisers. So if your campaigns are targeting other placements, this will have a minor impact, but should still be considered when creating new campaigns. In addition, Facebook announced on March 11, 2020 that its Audience Network will only be for in-app advertising, effectively limiting any potential waste for advertisers that are placing ads on Facebook or Instagram.

Without user data for iOS devices, the Facebook Ads platform will have a more difficult time identifying which users match its advanced targeting settings. According to Apple’s announcement, apps will be limited in their ability to collect the following types of user information:

These user data points are traditionally used to help identify users with the highest potential for conversions. Without these features, expect remarketing efforts especially to become less effective, and costs per conversion to rise over time.

For advertisers that use the Facebook Pixel on their business’ website, the new privacy changes in iOS may cause issues that will impact measurement and tracking in the future. In response, Facebook is setting a maximum limit of 8 conversion events per domain. For larger businesses especially, this will require advertisers to triage their business goals to choose only the most important conversions.

In addition, Facebook Ads will limit new ads to set only one of those eight conversions as the designated goal for that ad. If advertisers were running ads in the past that targeted conversions that have been removed from the Facebook Pixel, those ad sets will be turned off.

Campaigns that target iOS apps will only be allowed to use five campaigns, each with the same lead goal. Facebook plans on limiting advertisers in the number of campaigns that they can run in the future.

According to Facebook, Apple’s new privacy policies will limit businesses’ ability to track and measure their ads for iOS 14 users. Expect real-time reporting to be replaced with 3-day-delay reporting, especially for campaigns aimed at iOS 14 app install campaigns.

In addition, Facebook will begin phasing out breakdown reporting. For both app and web conversions, different delivery breakdowns such as by age, gender, location, and placement will no longer be supported.

And finally, expect some changes to attribution reporting. Once the new iOS 14 privacy settings take place, attribution settings will need to be added at the ad set level, rather than at the account level. For any existing campaigns, you may already have seen the conversion reporting for campaigns at the account level disappear or display zero conversions. You’ll need to dive down to the ad set level to view the accurate conversion data from now on.

The new privacy settings will have an unknown impact on advanced audience targeted features, meaning that lookalikes will need to be re-benchmarked and assessed. The match rate for most lookalike audiences will likely be impacted on the iOS side. We recommend advertisers retest LALs, and test a wider range of audiences to redetermine controls.

At the end of the day, the changes to the Facebook Ads platform is because of Apple’s iOS 14 privacy features. While Facebook and Apple continue their public spat, disrupter entrepreneurs, small business owners, and consumers are likely to be the ones to suffer. If you start to see any negative impacts on your costs per acquisition or return on ad spend, consider relaunching your campaigns with exclusions for Apple devices.

Talk to the 565 Media Acquisition Team

With all of the changes coming to Apple devices and Facebook Ads, it can be a little daunting to know where to start. Luckily, where there are big changes there are also opportunities. Our expert team of PPC specialists at 565 Media are experienced, positioned and ready to guide our clients through the issues.

If you are experiencing any impacts from the iOS privacy changes or Facebook Ads platform adjustments, we’re ready to help solve these challenges and scale up your advertising efforts. Feel free to contact us for a free consultation.

Additional Changes in the Future

The iOS privacy features are not the only things causing disruption in the Facebook Ads platform in 2021. With an eye on long term planning for a cookieless future, Facebook announced that they are planning on rolling out the Conversion API, a tool that aims to complement the Facebook Pixel for web in late 2021. This change should not be confused with the current changes due to the new iOS 14 privacy settings.

Do you want to know more about our Facebook ads services at 565 Media? Feel free to contact us or call (323) 902-7439. Our experts will come up with optimized ad campaigns tailored for your business.

If you’re looking to effectively and efficiently boost ROI with your marketing budget, 565 Media is your top choice. Simply connect with our on-demand team of full stack developers and start with a list of what problems you need solved. Our team specializes in developing customized, scaled marketing campaigns geared towards generating profitable leads and growing your business.

Get a Free Consultation Today